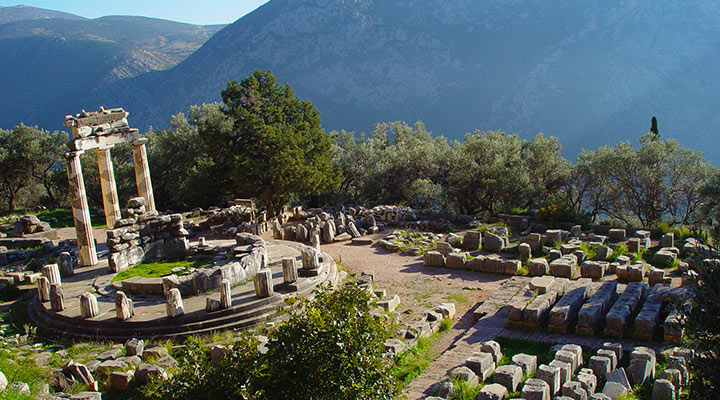 Delphi, or 'Earth's navel', is one of the most important and rich archaeological sites in Greece. It is a bustling tourist area and is a UNESCO World Heritage Site.

It is very close to Arachova which is a very famous winter destination, since it is located near the ski center of Parnassos. It is also close to the popular summer destinations of Itea and Galaxidi.

Delphi operated the most important oracle in the ancient Greek world and was dedicated to the God Apollo. The oracles, which were considered the most reliable, expressed by the priestess of the oracle, the oracle and interpreted by the priests of Apollo. In 394 AD the oracle was terminated by the decree of Byzantine Emperor Theodosius A’.

Inside the archaeological site are the Temple of Apollo, the Tholos of Athena Pronaia, the ancient theater, the Athenian treasure, the Crystal Springs and it is well worth visiting the museum which is home to many finds and an important exhibits.

In Delphi you can visit the Churches of St. Constantine and St. Nicholas. Another hidden treasure of Delphi is the Korikeio Andro. A magnificent cave of Parnassus that has a rich history and houses findings dating back to 4000 BC.

The entrance of the cave creates an experience with a mystical atmosphere, because through a large triangular opening, you will pass through the illuminated cave to admire the stalactites and stalagmites.

Delphi is visited by hikers as there is the ancient pilgrimage route from Kirra to Delphi, which forms part of the European E4 Trail. 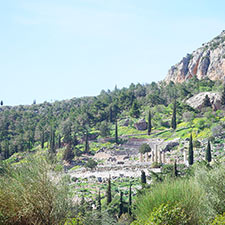 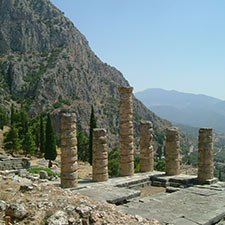 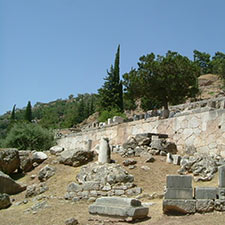 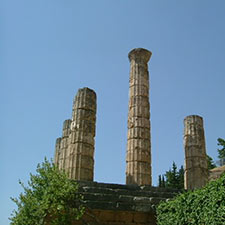 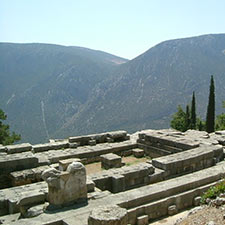